April 2016 saw one of the primary goals of the POC Fund realised. The grave of Don Patricio (St. Mary’s Catholic Cemetery, Kilburn, London) has been fully restored; a headstone finally bears the name of Patrick O’Connell. The memorial is understated, as the man himself was. There’s a sense among those who have studied the life and times of Don Patricio that this modest tribute in stone best exemplifies his character. Details of the official unveiling of the grave will follow in May. For now, we rest assured that the memory of Patrick Joseph O’Connell is finally written in stone. 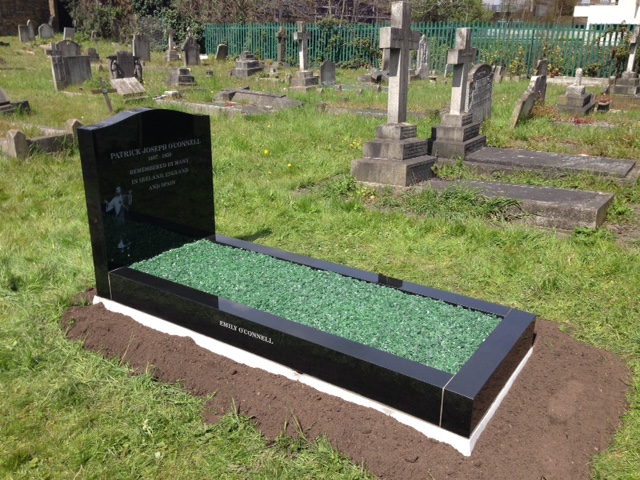